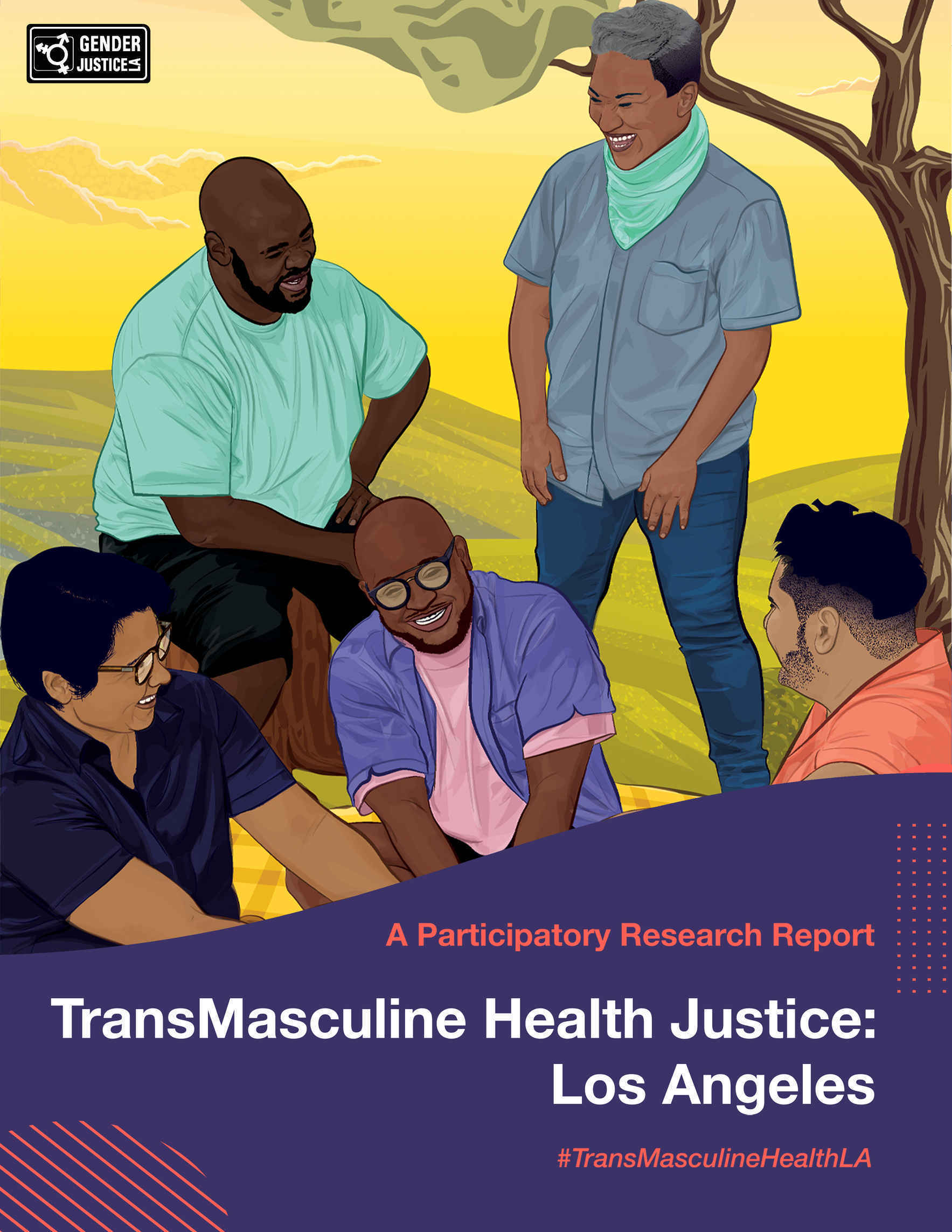 Donate and help us fund this critical work!

This project is led by a core team and volunteers comprised of trans health organizers, researchers, educators, cultural workers, policy advocates, activists, and artists working across Los Angeles County. TMHJ:LA is part of a broader strategy within Gender Justice Los Angeles and includes research and community organizing by and for trans people to advance health justice in California.

The project started with #TMHealthLA, an arts-based health promotion campaign with support from the City of Los Angeles AIDS Coordinator’s Office. This included a photography exhibit featuring portraits by and of Transmasculine people set against iconic backdrops and neighborhoods across Los Angeles. The show opened at the downtown public library in Los Angeles and has since traveled to multiple venues across the county.

We formed the Transmasculine Health Research Justice initiative in 2020 to use our data to identify advocacy goals and future research priorities. Based on this analysis, we developed a report focused on the health and health care inequities facing transmasculine people in Los Angeles along with foundations for action to advance health justice.

On April 7, 2021 we will launch a web-based report wand foundations for advancing health justice for transmasculine people in Los Angeles.

For the rest of 2021, we will bring our advisorys and community mothers to engage for action and begin to develope our next project

Your donation will help us fund this critical movement work!

The story of a majestic trans masculine being surviving and thriving. Gabriel’s journey highlights the physical and personal challenges that make it difficult to exist. Through music and buddhism, Gabriel heals his soul and energy. While carrying emotional trauma, he finds ways to continue to live.

Director: Paolo RiverosPaolo Riveros (he/him) is a transgender, visual artist from Lima, Perú. He began his career through photography, documenting the Los Angeles nightlife, which later developed into photojournalism, covering social justice movements. Currently, he is the resident visual storyteller at Cumbiaton LA, documenting oppressed hood communities as they heal via music and dance. His interest in filmmaking sprouted out of his need to document and uplift stories from the communities that have shaped who he is.

We would love to continue to produce powerful films and other art projects highlighting transmasculine experiences, struggle and joy.

Thank you for your support,